At the moment of losing weight, or in the presence of diabetes, or to prevent cavities and other diseases, the consumption of table sugar is discouraged and in its replacement, we have a variety of options that we can consume. However, are these sugar substitutes a good option for our body? 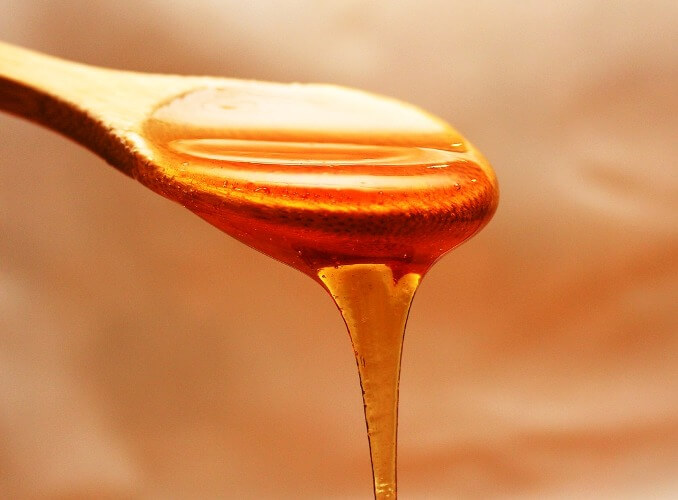 If you are one of those who are avoiding table sugar in your usual diet, we show you some of the most used substitutes:

It is a widely used option to replace sugar, especially since it is a 100% natural alternative. It is a source of minerals as well as some B vitamins and antioxidants.

However, beyond being a source of good nutrients for the organism, honey is one of the many free sugars that the WHO recommends reducing in the habitual diet, because it is assimilated very quickly and can cause a peak of glucose in our body with the consequent release of insulin and this, in the long term, harms our health. In addition, its sweetening power is lower than that of sugar, so we will use more to obtain the same sweetness.

So, honey is not an alternative that we can use freely, because although it is not only empty calories but their sugars are accompanied by good nutrients, its consumption is not usually recommended.

It is a very common option in the United States and other North American countries; it is 100% vegetable so it is the perfect replacement of honey in those who have a vegan diet.

Derived from the maple sap, a large tree and its production process are of a very high value which is why many of the maple syrups marketed today are not entirely natural.

Although it also has good micro-nutrients for the body and a high amount of antioxidants, which is why it is not only monosaccharides and disaccharides, the reality is that it is also a source of free sugar and is among those that WHO calls as such and recommends reducing.

Also, the caloric intake is very similar to that of honey and the usual table sugar.

Like maple syrup, it is obtained from the plant sap and is totally vegetable origin, so it is widely used in vegan diets.

As noted in a study published a couple of years ago, it has the advantage of being 100% natural and possessing bioactive compounds such as polyphenols that benefit health.

In addition, agave syrup as well as maple syrup for having a higher proportion of fructose does not generate as marked peaks of glucose or insulin as honey or the usual table sugar.

In this sense it would be a better alternative, however, the excess of fructose is not good for health since it has been associated with a greater proportion of abdominal fat, as well as hypertension, atherosclerosis and other health problems.

Also known as birch sugar, xylitol belongs to the family of polyalcohols or sugar alcohols. 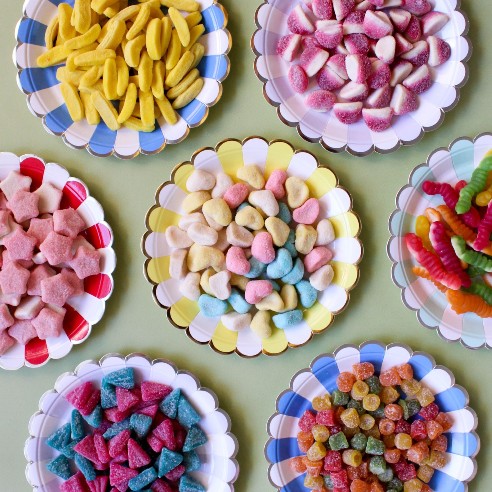 It is not cariogenic and is obtained from a natural ingredient but at an industrial level. It is not completely absorbed and does not require insulin to be metabolized, which is why it is used to replace sugar in people with diabetes.

However, it contributes a little more than 2 Kcal per gram and its excess can generate gastrointestinal discomfort due to its poor intestinal absorption.

The panela also known as piloncillo or raspadura is a preparation based on the juice of sugar cane without any refinement. The juice is extracted, boiled and then molded and allowed to dry obtaining a product 100% natural and very reduced in water.

It is not a source of empty calories but in addition to being concentrated in sugars it has several minerals and vitamins and even a minimum of proteins for the organism.

However, it is another of the many names under which monosaccharides and disaccharides are hiding that can be absorbed quickly and for this reason, WHO recommends reducing their consumption in order to protect health.

The sodium saccharin is one of many sweeteners we have at our disposal. It has a high sweetening power, does not provide calories and is of synthetic or artificial origin.

Although different studies indicated that the high consumption of sodium saccharin had mutagenic power and could cause bladder cancer in rodents, it has never been confirmed in humans but instead, it is believed that sodium saccharin should be combined with other factors and be consumed from birth on a daily basis to cause risks.

At the moment it is considered a safe sweetener as well as others that used as a substitute for table sugar or other sweeteners with simple carbohydrates would help to reduce calories and thus, could help to lose weight.

The stevia is one of the most used sweeteners today, has a sweetening capacity much higher than sugar and does not provide calories, but it is best that it is a natural choice. 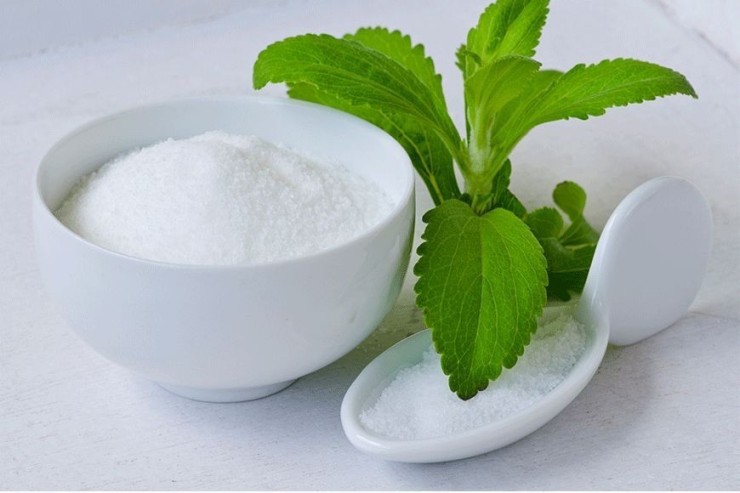 Although it is obtained at an industrial level, it is derived from a plant and, therefore, it is not an artificial sweetener. In addition, different tests performed with steviol glycosides tell us about their safety when using it to replace sugar.

Because it is not artificial nor contributes simple sugars, it is a good alternative to refined sugar, although there are studies that indicate that the sweeteners without calories could generate more hunger because our brain would try to compensate for the lack of calories associated with the sweet taste of this and other options to sweeten.

All sweeteners are one of the most controversial of all because their consumption has been associated with the likelihood of causing cancer. However, the studies that concluded that were made in rodents with very high doses; therefore, the FDA analyzed all the evidence and concludes that aspartame is safe although it establishes a maximum recommended intake as with other sweeteners.

It can be used for cooking and does not provide calories like other sweeteners, which is why it is a good alternative to sweeteners with simple carbohydrates such as table sugar that we all seek to reduce.

It is another of the most used artificial sweeteners and does not provide calories and is also suitable for cooking. 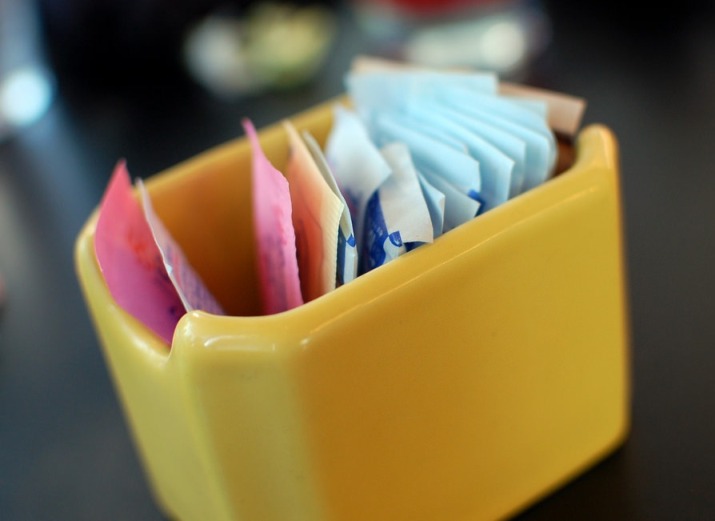 Its consumption does not affect blood glucose levels as it occurs with table sugar or honey; therefore, it is an option suitable for diabetics as well as stevia, aspartame or saccharin.

Its safety has been proven and can be a good replacement for refined sugar as well as other sweeteners with calories when losing weight.

These are nine sugar substitutes that in some cases are useful if we look for fewer calories to lose weight and in others, they are more nutritious and natural, unrefined options. However, we must not forget that the free sugars or additives present in many of these are always advisable to avoid them or at least limit them to the maximum. 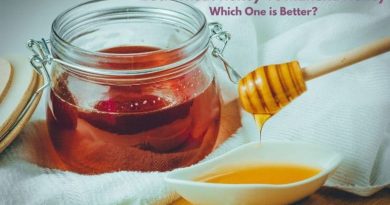 Buckwheat Honey Vs Manuka Honey: Which One Has Higher Value? 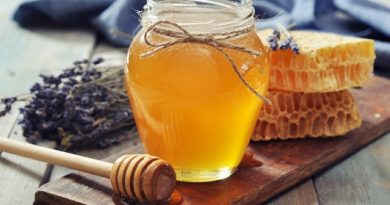 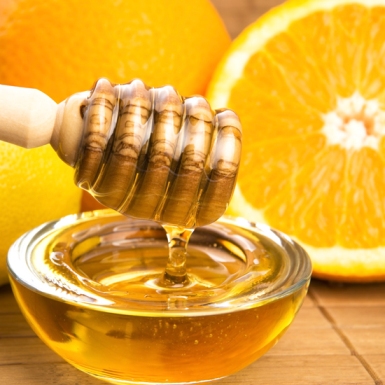